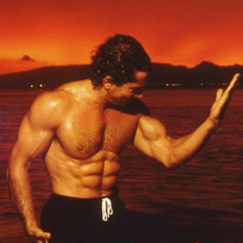 Gilad Janklowicz is one of the world’s most popular fitness personalities. As a pioneer in the fitness industry he has helped millions to stay fit with his popular TV fitness shows ‘Bodies in Motion’, ‘Basic Training the Workout’ and ‘Total Body Sculpt with Gilad’ and with his gold and platinum instructional home fitness DVDs and videos.

Filmed on location in the beautiful Hawaiian Islands, ‘Bodies in Motion’ is a half-hour aerobic and toning workout show which launched in 1983. It was the first fitness show to air on ESPN, where it enjoyed an eleven-year run from 1985 to 1996. From 1996 to 2002 the show aired on Fox Sports and on The Health Network. As of 2002 the show has been airing on Discovery’s new fitness channel Fit TV. Currently the show is the longest running fitness show in the US. ‘Bodies in Motion’ won Cable Magazine’s ‘People’s Choice Award’ for best health and fitness show every year the category was offered. The show aired in over 80 countries and was chosen as the #1 TV fitness program in the world by Self Magazine. In a viewers poll conducted by FitTV Gilad won the title of ‘Fitness Instructor of the Year’ for the years 2004, 2005, 2006 and 2007.

In January 2005 Gilad released ‘Total Body Sculpt with Gilad’ this series was created for FitTV to complement the existing ‘Bodies in Motion’ show and give the viewers a dynamic new concept in fitness that focuses on sculpting exercises and strength training. Forty shows have been taped to date.

Gilad also created an exercise program for ESPN entitled, ‘Basic Training the Workout’, a boot camp style training program hosted by his sister, Ada. The program debuted in 1988 and aired for 5 years.

Most of Gilad’s life has been devoted to fitness since his high school days where he excelled in track and field. He eventually became a record holding decathlon athlete in Israel and a fitness officer in the military. Later, as an Olympic hopeful in 1980, he trained and competed alongside some of the best athletes in the world. Gilad was inducted into the Jewish Sports Hall of Fame in 1991.